We Live Your Mission

Our combination of government experience, knowledge of complex global supply chains, foreign due diligence expertise, and purpose-built AI enables solutions at scale. We provide more than data to assist in acquisitions and counterintelligence - our team of top law enforcement and security veterans deliver high-value insights with unmatched depth of understanding from experience on the frontlines. 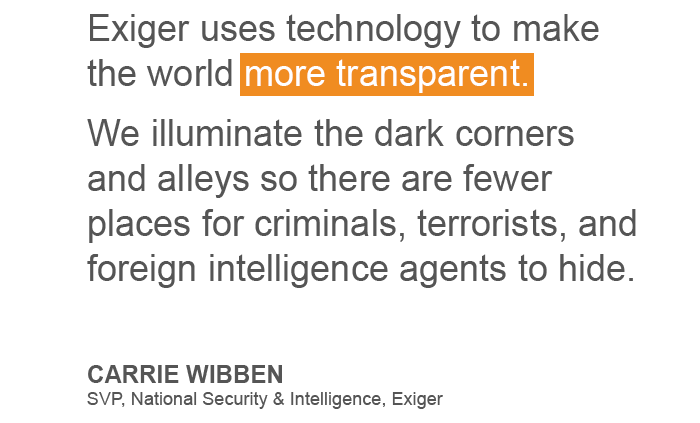 Read the Whitepaper: Why COVID-19 Amplifies Our Need for Supply Chain Protection

There is no better exemplar of ‘mission critical’ than our collective response to the COVID-19 crisis. Specifically, to ensure appropriate medical equipment and supplies are available and efficiently distributed where they are needed most—and in time to save lives. To help mitigate the risk of high vulnerability to fraud, abuse, and adversarial exploitation, supply chain illumination must be conducted to holistically screen and vet the vendors and underlying supplier networks, ensuring these medical suppliers are reputable, financially secure, operationally reliable, not susceptible to undue corrupt influence, and will not introduce unacceptable risk or in any way compromise the fight against COVID-19.

Delivering this kind of supply chain risk management solution is a privilege when it matters more than ever—making the world a better and safer place to do business during a most critical time of need with life saving impact.

We are a unique partner, combining mission-ready technology with cutting-edge innovative development. Exiger has demonstrated performance across the Federal Government, been battle-tested in response to the COVID-19 crisis, and proven our scalable operational capacity delivering some of the largest corporate monitorships and global risk projects in history.

SUPPLY CHAIN RISK MANAGEMENT (SCRM)
Supply chain risk management is not tackled by mitigating a single threat vector, nor is it stagnant; it is a multi-faceted and dynamic landscape of risks and opportunities that must be consistently assessed and constantly updated to reflect the ever-changing geopolitical landscape.