Today’s cybersecurity landscape in government is nearly unrecognizable from 10 or even five years ago, when agency officials worried mainly about networks and desktop computers. Today, they contend with cloud, mobility, the internet of things and emerging technologies that are finding footholds in government, such as artificial intelligence and automation.

As a result, the government's focus has shifted from protecting the perimeter to protecting data wherever it resides. Furthermore, ransomware has evolved to attack frontline systems and backup drives, malware kits are readily available on the darkweb, and cryptocurrencies such as bitcoin are complicating law enforcement, according to the Department of Homeland Security’s 2018 Cybersecurity Strategy. Meanwhile, attempted intrusions into government networks happen on a daily basis, and the number of cyber incidents that Federal agencies reported to DHS increased more than tenfold from 2006 to 2015.

Given the increased attack rate and a changing landscape, how can agencies continue modernizing their IT stacks while maintaining the security of their networks and data? Read the latest insights from industry thought leaders in cybersecurity, including: 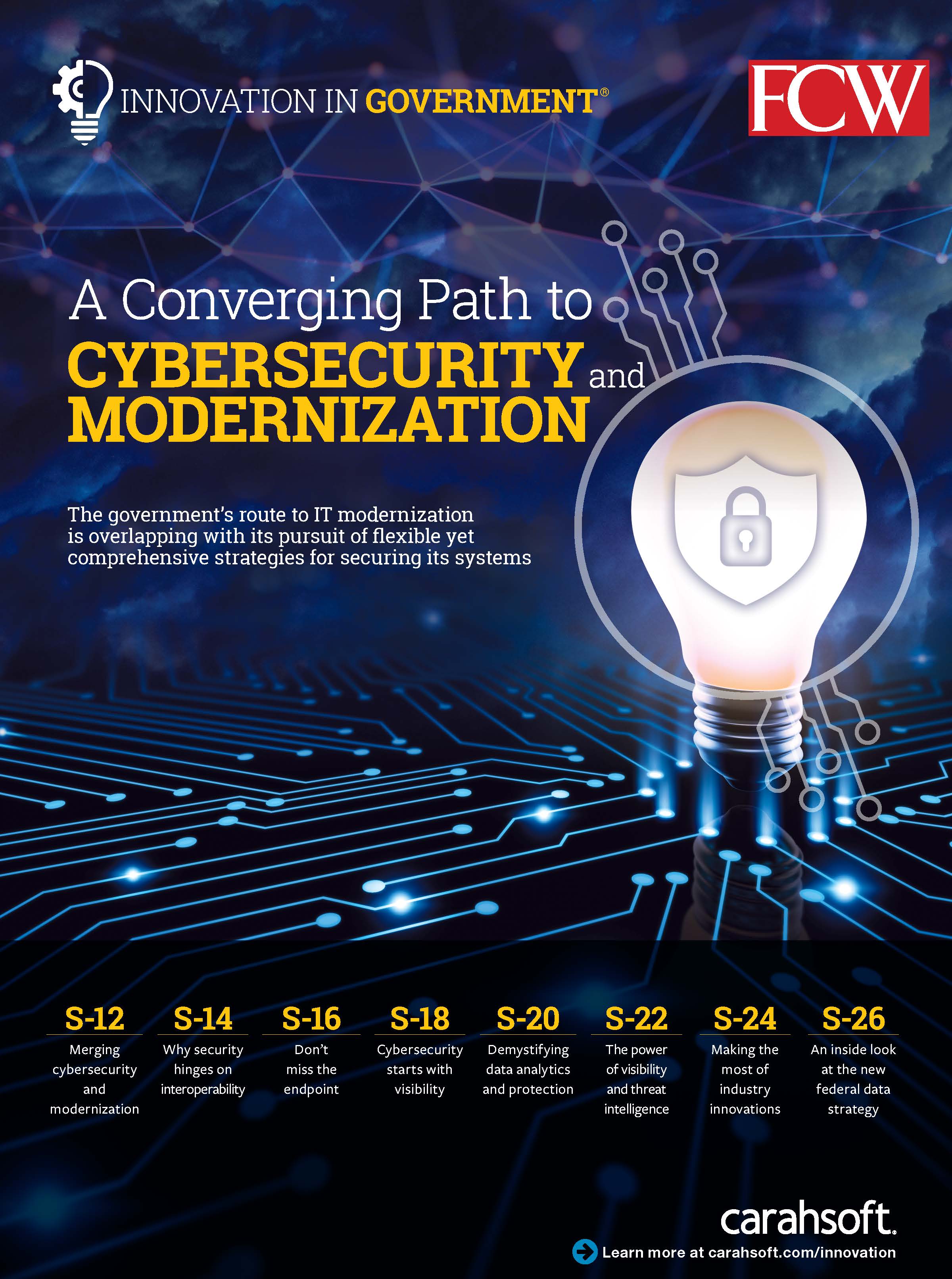 Read more insights from Carahsoft and our cybersecurity partners when you download the full report:

Read more insights from Carahsoft and our cybersecurity partners when you download the full report: