Modernization initiatives push agencies to look inward at a daunting environment: interdependent processes, legacy systems and security vulnerabilities. Yet, the federal government understands that the future is in the cloud, and the Cloud First mandate reinforced its adoption. Despite significant obstacles, the outlook of government modernization is much brighter than it may seem. 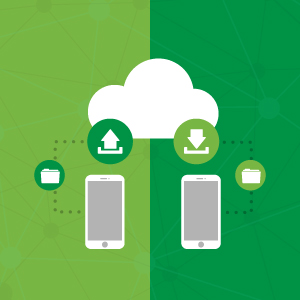 Certainly, the challenges are no less real than imagined, but technology has adapted to provide multiple paths forward. The latitude that private and public clouds provide allows agencies to move their applications into an agile state. Adapting legacy systems to the cloud will set the stage for greater evolutions further down the line now that they are no longer completely hosted on-premises. Federal spending dedicated to updating and maintaining these platforms can be shifted to the next development already shaping federal and corporate workplaces: mobility.

Three best practices can ensure that a public sector agency will handle these smart devices and the cloud hand-in-hand.

Thinking Beyond Legacy Systems and the Cloud

The old model lives on in the legacy stacks that draw much of the federal IT budget. These applications require lots of heavy-lifting on the part of the agency to recode systems that, in some cases, have existed for decades in outdated languages. Complicating the issue is the fact that almost all legacy tech is tiered to another application, so when an IT team attempts to forklift that platform into the cloud, they need to transition all related software in the same process.

Technology is not just a trend in itself, but a dialogue between the software and the people who use it. The cloud wouldn’t matter to anyone if users hadn’t gotten behind it–same with the smartphone. Legacy systems were once cutting edge, and the next challenge will become predicting evolutions in tech before they pass agencies by. The federal government has made positive steps toward mobility and hosted applications, but it must remain aware of developments beyond the cloud. That is the key to providing better service in a world of possibilities.