From modernizing software development to creating Zero Trust cybersecurity architectures, the federal government has ambitious plans for 2023. But those plans will only reach fruition by removing the barriers that get in the way of developer productivity.

Government agencies have made great strides to bring IT teams, including developers, closer together over the past few years. For example, they’ve made significant investments in software development factories that are rooted in DevOps cultures. And the Department of Defense clearly recognizes the benefits of collaboration between cybersecurity and development teams, making it a core facet of the agency’s software modernization strategy.

But as a recent Mattermost survey discovered, more must be done to break down communication and collaboration barriers that inhibit developer productivity. 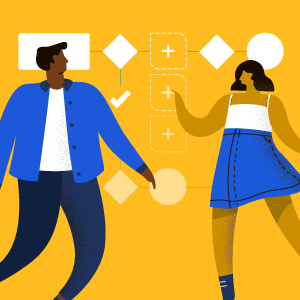 For Unblocking Workflows: The 2023 Guide to Developer Productivity, 300 software developers were surveyed to find out what’s keeping them from being as productive as possible, and what can be done to accelerate productivity. Their responses showed that although organizations have tried to build more collaborative development cultures, there’s still some work to be done in certain areas.

Let’s dig into some of the challenges—and what you, as a government IT professional, can do to address them.

“Poor communication across teams” is a big productivity challenge

Poor communication practices are the biggest obstacles to productivity and collaboration, with 29% of survey respondents citing “poor communication across teams” as an inhibitor. Their biggest issues are around “lack of process and documentation” (27%) and “lack of clarity around project prioritization” (25%).

General-purpose collaboration platforms that other teams use aren’t helping. Thirty-seven percent of respondents said there are “too many distractions from non-developers” using those tools while 25% said they “don’t fit their workflows well.”

Having to work with different tools is also making it difficult for developers to collaborate. Indeed, the developers surveyed said that information silos were among their biggest concerns.

These silos are making it frustrating for developers to find what they need when they need it. Thirty-two percent of respondents said they spend 3 to 5 hours per week hunting down information while 18% spent 6 to 8 hours.

Remote work might be the norm, but developers aren’t entirely taken with it. Forty-three percent of respondents stated that remote work “somewhat improves collaboration” while 33% believe it makes collaboration worse.

That number is down from our 2021 survey, where more than half of respondents said that remote work was a net gain. The fact that the number has fallen is likely a reflection of the deterioration of communications practices and lack of integration, both of which contribute to poor project clarity.

What government agencies can do to improve developer productivity

Our survey respondents sent a clear message: Give us tools and processes that allow us to collaborate more effectively, break up information silos, and share knowledge easily. There are three things you can do to satisfy these needs.

Since open source is easily customizable, it’s simple to integrate different development tools. This will make it easier for developers to share code and resources, manage workflows, and communicate with each other without interference from other teams.

Having a “single source of truth” that developers can refer to when looking for information can save enormous time. Invest in a repository that pulls information from different teams and tools. Provide developers with greater visibility and access to the information they need to do their jobs more efficiently.

Automatically input new information into the repository once it’s received so developers don’t have to look for it. Automate workflow processes, too, by using a system that automatically checks off tasks when they’re done, alerts developers when it’s their time to work on a project, and more. Help your developers spend less time focusing on these tasks and more time building applications.

The success of accelerated investments in software factories and modernization initiatives in 2023 will depend in large part on developers’ abilities to be productive. Right now, there are obstacles getting in the way of that productivity. But you can eliminate those obstacles by improving collaboration and information sharing.

Want to learn more about developers’ productivity concerns and what you can do to address them? Check out Unblocking Workflows: The 2023 Guide to Developer Productivity.