The effects of technological advancements on the digital experience of historical events are unprecedented, and they’re changing the way we advance our knowledge of past events – and this advancement is shaping our future, particularly in a time when events are experienced digitally.

As we approach the anniversary of the attack on Pearl Harbor, we remember the brave men that lost their lives on the USS Arizona – and, 76 years later, technological innovations are allowing us to honor them in a new light as we revisit the USS Arizona in ways we were never able to before.

The Challenge: Converting Physical to Digital

The digital USS Arizona project, by Autodesk for the National Park Service, was the first comprehensive survey of the ship in over 30 years. We created a 3D, digital model of the ship to serve as a baseline for all future surveys to be measured against in order to monitor changes over time. Though the ship had been examined before, recent technological innovations such as underwater laser scanning, traditional sonar and terrestrial LiDAR, allowed us to revisit the ship through new eyes – digitally. 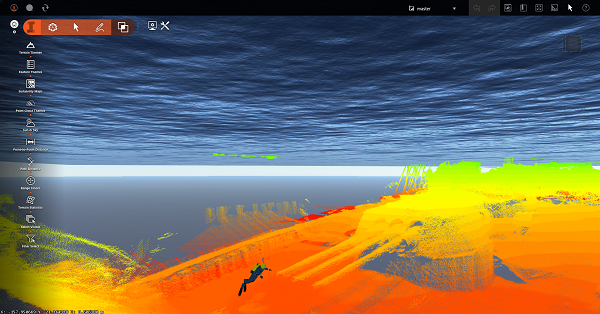 A successful physical-to-digital transformation relies on first recognizing that, in this case, the maritime space is a dynamic environment. Understanding the physical components involved is critical in producing a digital replica. In the case of the USS Arizona, you have a 100-year-old steel battleship that’s been submerged in salt water for 76 years. Corrosion, coral growth and weather are all physical factors that affect the ship.

Prior surveys of the USS Arizona were all 2D and on paper. The new survey was 3D, so depth, height and perspective were all new. When the images of the ship transitioned from 2D to 3D, the impact of the explosion in the bow of the USS Arizona that sank the ship came to life, and the death knell following the devastation gripped us anew.
The perspective added by the 3D survey displayed the explosion as it really was – it was huge.

In one moment of metal meeting metal, 1,000,000 pounds of ammunition exploded, devastating the forward part of the USS Arizona and rendering it as it still stands today: A war grave.

Digitally experiencing the devastation of the Pearl Harbor Attack on the USS Arizona unexpectedly added a haunting human element – we saw uniforms still on hangers in the interior of the ship, many from the 900 sailors and marines who never got out. 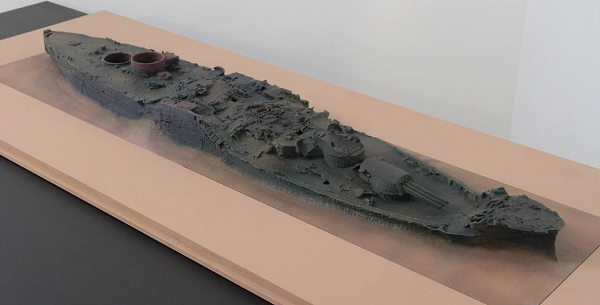 Ultimately, the data we were able to collect and produce digitally serves as a baseline survey that all future surveys of the ship can be compared to. This helps the National Park Service, who are largely responsible for the ongoing preservation of the memorialized ship, identify problem areas that should be monitored more closely as well as anticipate changes over time. Effects like expansion, contraction, swelling and shrinking can now be tracked digitally, in 3D.

In addition to being a gravesite and historical landmark, it is a place that is still fresh in the minds of survivors and their families – and as such it must be protected, maintained and preserved for future generations.

It was an incredible honor to be able to dive the ship and present four of the five living USS Arizona crewmembers with 3D prints of their ship at the 75th anniversary last year in Honolulu. Now that technology has advanced to the point where we can capture a digital experience like this, anyone can virtually dive the ship and handle 3D prints of artifacts from the USS Arizona’s deck. 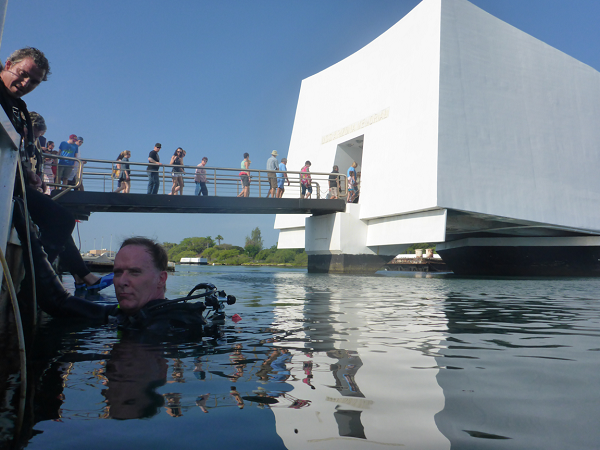 Pete Kelsey returning from a dive at the USS Arizona Memorial

This digital component allows us to experience the past using virtual reality, which is as close as we can get to an actual time machine today.

Now, all subsea infrastructure can be captured, modeled, and then analyzed. Docks, piers, sea floor, coastlines, offshore oil and gas, harbors and everything in between are also now business opportunities opening up the maritime space for tech companies to be able to take on projects like the USS Arizona – creating a digital experience of the past and present to shape the way we experience and inform our future. 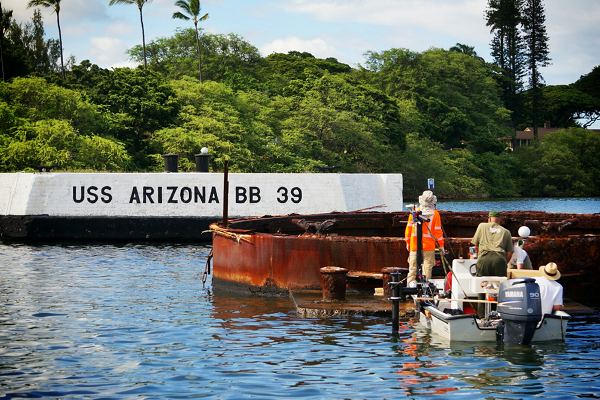 And this December, on the anniversary of the attack on Pearl Harbor, the human element added through digital perspective – 76 years after the fact – reminds us that the USS Arizona marks the spot where the United States entered WWII, where brave men were lost and where survivors and families grieve their loved ones lost at sea.

Experience the USS Arizona yourself, and discover the current state of the ship from Pete Kelsey on December 7 at the National Museum of the U.S. Navy for an event in remembrance of the attack on Pearl Harbor – December 7: Then, Now and Always.