Digital experiences are at the center of most services that citizens utilize day-to-day, and throughout government they can impact access to important services, such as healthcare, food aid, and housing.  In order to ensure that these services are adequately accessible to the public, proper measures must be taken to make content available across devices, adaptable for use by all users regardless of physical ability, and consistent in appearance. The best way to achieve digital experiences that adhere to the aforementioned criteria is to utilize the appropriate technology, such as form creation software and electronic signature platforms, which are becoming increasingly prevalent. 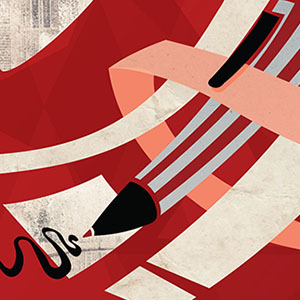 Last year saw a surge in government spending on cybersecurity, cloud services, and software development with the U.S. federal government allocating “$69 billion on unclassified IT contracts in the fiscal year.” The Department of Defense accounted for more than half of all federal IT contract spending ($35.9 billion) while the top-spending civilian agencies included “the departments of Health and Human Services ($5.5 billion), Homeland Security ($5 billion), and Veterans Affairs ($4.6 billion).”

In total, Federal IT spending grew 6% from 2018 to 2019, however there was a far more significant increase of spending in other key areas, specifically “cloud computing and artificial intelligence, which saw double-digit growth in defense and civilian agencies alike.”

The increase in spending on both cloud computing and artificial intelligence is both significant  and indicative in that government, even on the federal level, is steadily joining the global trend regarding burgeoning new technologies. With this shift, more up-to-date software becomes accessible to end users and day-to-day processes become streamlined and more efficient, ultimately benefiting both employees and citizens. (Chris Cornille, Bloomberg)

The Federal IT Skill Gap

As technology continues to advance at an increasingly faster pace, citizens grow to expect better, more efficient digital experiences in their day-to-day. With the commercial sphere leading the charge for increasingly engaging digital experiences, government entities are feeling the pressure to deliver high-quality, convenient digital services for citizens and employees alike. There is no doubt that this advancement requires the adoption of cloud computing and AI on the government end, but it also requires individuals skilled in new technology services.

In a WorkScoop and FedScoop study of 236 CIOs and government sector IT leaders, participants were surveyed on which IT skills are expected to be in the greatest demand in 2020. The survey found and reported the top three areas of expertise most important in our era of web modernization and transformation, including:

The enactment of the 21st Century Integrated Digital Experience Act (IDEA) aligns with the overarching, societal goal of making the government’s digital services more advanced, streamlined, and accessible to all users. This act requires government agencies to assess their digital services and ensure that they adhere to the following criteria to meet and keep up with modern digital standards, ensuring their platforms are:

Furthermore, the 21st Century IDEA is helping to incentivize the implementation of new technology required to effectively execute the aforementioned necessary changes. (GSA)

As with any change, there are early adopters at the forefront. The adoption of new technology inevitably spurs training and usage across government. On a state level, Hawaii has successfully implemented the use of electronic signatures within all departments in a number of ways, from “onboarding new employees to signing everyday documents.” As such, they are able to expedite business processes, reduce environmental impact—all with complete security. Since 2015, they have completed a total of 866,065 transactions with a median completion time of 307.5 minutes. The electronic signature method provides users the flexibility to eSign from any device, anywhere, anytime. (State of Hawaii)

Learn more about the benefits of electronic signatures and the ease of utilizing cloud solutions in your everyday workflow within our upcoming Adobe Webinar Series, Transform Government Services with Adobe Acrobat DC.